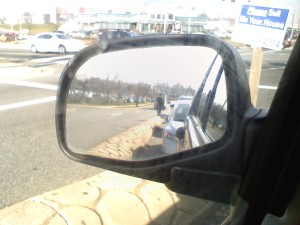 it’s easy in the fray of education reform, and the uphill battle against it, to forget sometimes the most powerful solution, is the simplest.  We create petitions, write blogs, publicize research, hold meetings, contact state representatives….the list goes on.  BUT-As they say in an airplane as you’re taking off, the nearest exit may be behind you.  The surest way to end education (de)form, corporate profiteering off of tax payer dollars and schools, and this war on children, is in fact free, available, and standing right here in front of us. OPTING OUT. The day when all children, parents and teachers refuse to take the high stakes tests.

Below is the letter I plan to submit to my son’s school in just a few short days.  It was cobbled together from other sample letters that are available at www.unitedoptout.com.  I found a compelling sample letter documenting religious reasons at http://nopssa.blogspot.com/2011/03/march-8-2011-michael-hardy-acting.html

I am going the route of religious reason and use large portions of that sample letter. Why? As far as I know, no one has opted their child out in the state of MD (yet…) and the legal entanglements are unknown. I am arming myself with as many defenses as possible.

If you are considering opting your child out of high stakes testing and DIBELS reading assessments, here are a few things to keep in mind:

1) Remind your child’s teacher (and administrators) that opting out is not meant as an attack on them.  In fact, you might point out that if MORE parents opted out, the punitive and developmentally inappropriate curricular and testing policies might actually come to a halt! We opt out to SUPPORT teachers and schools.

2) Arm yourself with data! It’s hard not to get emotional, of course. But you are not opting out because you’re emotionally irrational-you have FACTS, too many to even keep track of-that demonstrate the ill effects of high stakes testing on children’s health, well being, schools, and whole communities. It robs your child of the education they should be entitled to.

3) Provide alternative assessments and activities that your child can do that day. If there is a strict attendance policy avoid simply pulling your kid out on testing day. Work with the school to find meaningful things that your child can do during that time. In lieu of the test itself as a form of assessment, recommend portfolio-based projects, and other evaluation tools, which leads me to #4

4) Remind the school that you are NOT opposed to tests in general, nor having your child assessed or evaluated. Those of us opting out ARE opposed to the uses and abuses of HIGH STAKES testing, on both our own children as well as its undue and unchecked reign over classrooms.  It has absolutely no benefits to children or teachers to improve teaching or learning.

5) Keep it simple. Stick to a few hard and fast and easily understandable facts when presenting your case to the school administrators. Going into the entire history of ALEC and corporate ownership of policy, tests, and schools are compelling indeed, but keep the explanations to a minimum or else you will lose their understanding.

Simple: My child will not be used to profit testing companies. They were designed to create a money trail for those designing and evaluating the tests, and those who can profit from school turn around models. Schools and children are being set up as niche market for new products that are neither beneficial or necessary. Schools and children and being set up to fail. These tests create abusive learning conditions. My child, all our children, deserve better than this. It will not stop unless we, as parents, stop it.

My son Conor  is in 2nd grade for the 2012-2013 school year.  I am writing to inform you that I refuse to have my children take part in the (practice) MSA’s, DIBELS, or other forms of high stakes standardized testing because it is in conflict with my religious beliefs.  I have been advised that even a medical or psychological concern meets this criteria, as long as I claim it’s religious. However, in this case my Catholic faith teaches me that it is a sin to participate in an action I know to be a fraud and to be harmful to my children and to my community. In lieu of the high stakes standardized tests I request that my son be given alternative forms of assessment to include but not limited to teacher made assessments, projects, and portfolio, to be determined at the discretion of my son’s teacher.

Ten years of research and analysis by academic experts working at universities from Penn State to Harvard (as opposed to politicians like Michelle Rhee or college drop-outs like Bill Gates) conclusively prove that high stakes like the MSA testing harms children, undermines and restricts curricula, and punishes schools that serve the most vulnerable members of our society — kids with special needs and kids in poverty.  There are mountains of documentation out there.

I find such testing morally and spiritually unethical, based on the following facts. High stakes testing:

KILLS CURIOSITY AND LOVE OF LEARNING: Actually limits and reduces the amount of QUALITY learning experiences. Rather than focusing on a child’s natural curiosity, HST emphasizes (and drills in) isolated facts limiting teacher’s ability to create environments  that stimulate a child’s imagination.

ACTUALLY REDUCES A CHILD’S CAPACITY FOR ATTAINING NEW KNOWLEDGE: If children cannot actively make connections between different topics of study, they don’t remember what they learn from day to day. Most standardized tests are still based on the recall of isolated facts and narrow skills. (www.fairtest.org).

HIGHER ORDER THINKING IS REPLACED WITH SKILL, DRILL AND KILL: Most tests include many topics that are not important, while many important areas are not included on standardized tests because they cannot be measured by such tests. Teaching to the test does not produce real and sustained gains on independent learning measures.

NARROWS THE CURRICULUM: The loss of a rich curriculum has been documented in research, in the media, and in teacher testimony. Forget art, music, and PE (in spite of the decades of research that correlates student overall school achievement to participation in these experiences). State-wide testing focuses only on math and reading. And with these critical subjects, teachers are forced to focus only on those test taking strategies that reflect the way material is presented on the tests.

LOSS OF SOCIALIZATION AS A CENTRAL CORE OF LEARNING: The opportunity to learn to socialize through recess, and collaborative classroom activities reduces children’s opportunities to develop healthy social skills. Being seated alone at a desk all day isolates children from learning how to develop community-based problem solving skills they will need as adults.

MOVING FROM PUBLIC SCHOOLING FOR THE COMMON GOOD TO PRIVATIZATION OF ALL SCHOOLS: 80% of all schools are anticipated to fail meeting their federally-mandated test score goals (called AYP) by 2014. Private sector charter schools are invited to take over local public school not meeting federal rules. Our tax dollars—intended for public schools for the common good—are then diverted to these for-profit enterprises, often run by hedge fund entrepreneurs.

DIVERTS GREATLY NEEDED FUNDS FROM SCHOOLS TO CORPORATE INTERESTS: The Department of Education has invested 4.5 BILLION dollars (Krashen, S., 2008) in developing new tests while millions of schools have cut art, music, and suffer from limited resources including clean drinking water or air conditioning.

TEACHING TO THE TEST: Schools, grades K-12, on average, spend 10-12 WEEKS before the testing solely on test preparation, replacing meaningful hands-on instruction with skill and drill.

According to the U.S Constitution, specifically the 14th Amendment, I am protected by my rights to religious/spiritual freedom and this federal law supersedes state in regard to parental control over one’s child. Under the law, you cannot deny my request.

Parental rights are broadly protected by Supreme Court decisions (Meyer and Pierce), especially in the area of education. The Supreme Court has repeatedly held that parents posses the “fundamental right” to “direct the upbringing and education of their children.” Furthermore, the Court declared that “the child is not the mere creature of the State: those who nurture him and direct his destiny have the right coupled with the high duty to recognize and prepare him for additional obligations.” (Pierce v. Society of Sisters, 268 U.S. 510, 534-35) The Supreme Court criticized a state legislature for trying to interfere “with the power of parents to control the education of their own.” (Meyer v. Nebraska, 262 U.S. 390, 402.) In Meyer, the Supreme Court held that the right of parents to raise their children free from unreasonable state interferences is one of the unwritten “liberties” protected by the Due Process Clause of the Fourteenth Amendment. (262 U.S. 399). In recognition of both the right and responsibility of parents to control their children’s education, the Court has stated, “It is cardinal with us that the custody, care and nurture of the child reside first in the parents, whose primary function and freedom include preparation for the obligations the State can neither supply nor hinder.” (Prince v.Massachusetts, 321 U.S. 158)

I understand that you and others in the administration here really have your hands tied on this issue. Under the law you must get 95% of kids tested. But it’s wrong.  It is all based on lies and deceit and greed and corruption. My faith demands that we must fight against this. But to continue to participate in this corrupt farce is to undermine the very core of public education. Those pushing for ever increasing testing and “accountability” have made their agenda crystal clear: school closings, vouchers and eventually privatization, turning over education to for-profit companies.  Private schools run by the Catholic Church and the Friends Council on Education are not for profit; they do not participate in this testing; their students receive a great education. For-profit schools run by large Educational Management Organizations (EMOs) have a dismal record, but that is the next step as more and more schools fail to meet AYP as we approach 2014. Eventually all schools will be closed down, reorganized and ultimately turned over to private for-profit EMOs.
We are told that private for-profit companies can do a better job than you and others who are committed to public education because of the free market. The free market resulted in scandals ranging from Halliburton and Blackwater in Iraq, to the Enron debacle, to the recent outrage in our own backyard with private for-profit prisons for kids. When our tax dollars are involved, greed and corruption run rampant in the “free market.”

Please understand I am not doing this to hurt the teachers or the school.  I know that until parents say NO to the destruction of our children’s education, the abuses to our schools and communities will not stop. I refuse to be complicit in condoning such education malpractice.

One thought on “The Nearest Exit May be Behind You”