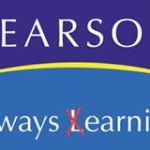 Most of us fighting corporate education reform are already familiar with the weight and influence that Pearson wields in education policy. For a full exploration of their involvement with curriculum and testing, among other things, see: http://unitedoptout.com/boycott-pearson-now/ and http://teacherblog.typepad.com/newteacher/2012/11/on-the-rise-of-pearson-oh-and-following-the-money.html

One of the ways Pearson has wrangled its way into the control rooms of the U.S. Department of Education and state level decision making is through intensive and expensive lobbying efforts. I will not make some jack ass claim to have “discovered America,” or in this case, “discovered” new information about Pearson’s lobbying history. Others have already done so, including:

But the information these individuals and others have unearthed and written about is worth our continued careful and ongoing examination because as we speak, still few too many people really understand HOW education policy is being made in the USA.

Bear in mind-the actual list of lobbying efforts that I am largely working from here goes back to 2007 and is about 29 pages long as a Word doc. What I present here is merely a SNAPSHOT of some of their lobbying escapades. It is by no means is it a comprehensive report.  I recommend that everyone go read their full lobbying history at InfluenceExplorer. Click the “download” button to review the Excel spreadsheet that itemizes the topics lobbied and the year.

Pearson has a long history of lobbying to and working with the federal government, for both Democratic and Republican administrations.  Their “ownership” of the control mechanisms in education is apparently bipartisan. Two of their favorite lobbying firms are Bryan Cave LLP and Akin Gump.

Just as a side note, Hon. Edward I. Koch was a Partner at Bryan Cave LLP, and a member of the StudentsFirstNY Board.  In New York state in 2012 Bryan Cave LLC spent $146,716 lobbying (under the heading of Education) for:

“Lobbying Activities With Respect to Rezoning, Amnedments to A Previously Approved Large Scale Residential Development, Demapping of City Streets, Disposition of City-Owned Property and Potential Funding Approvals From the Dormitory Authority of the State.”

That same year, when PARCC and SBAC placed their bids in to the U.S. Dept of Education which, via RtTT, was seeking organizations to whom they could “outsource” their efforts (aka Common Core), Achieve had contracted with Pearson as their partner to pursue this effort. So it’s no wonder that Pearson was the corporation of choice to contract for management of nearly every facet of the latest round of education materials and assessments, including Common Core curricula, PARCC, Ed TPA, SAT’s and pretty much everything but the kitchen sink (maybe McGraw Hill got that…)

And lo and behold, PARCC and SBAC won these grants.

Authorized under the American Recovery and Reinvestment Act of 2009 (ARRA), the Race to the Top Assessment Program provides funding to consortia of States to develop assessments that are valid, support and inform instruction, provide accurate information about what students know and can do, and measure student achievement against standards designed to ensure that all students gain the knowledge and skills needed to succeed in college and the workplace. These assessments are intended to play a critical role in educational systems; provide administrators, educators, parents, and students with the data and information needed to continuously improve teaching and learning; and help meet the President’s goal of restoring, by 2020, the nation’s position as the world leader in college graduates

Naturally, Pearson lobbied (several times across numerous years) to “Support adequate funding for federal education programs” (funding which will go directly into their pockets no doubt).  Specifically, one of the most frequently disclosed bills identified with Pearson is HR 1, American Recovery and Reinvestment Act of 2009.”

If anyone out there is still wondering, “How the hell do these policies get put into place?” one answer might be that Pearson has enormous lobbying sway and influence to create legislation which, once put into place, becomes the vehicle through which they can provide the services for these policies. As just one example:

Pearson lobbied a minimum of thirty times between 2008 and 2012 for Elementary and Secondary Act (ESEA) or reauthorization of ESEA, including “preparation for reauthorization, advocated for quality student assessments, literacy programs, data systems, utilization of education technology, (and) electronic student records”; by far one of the largest portion of their lobbying efforts.

According to Arne Duncan himself, “Our proposal to reauthorize the Elementary and Secondary Education Act also would allow states to include subjects other than math and English language arts in their accountability system because we specifically want to foster the teaching of a well-rounded curriculum. The reauthorization blueprint includes millions for the research, development, and improvement of additional high-quality assessments–which could include science and foreign language tests.”

But wait… there’s more! Arne hands over even MORE money to Pearson:

Well of COURSE Pearson would lobby FOR THAT! Duh….

What else do they lobby for?

Well, let’s see. In an age of pushing for more online/computer-based PARCC and SBAC testing, and online access of curricular materials… conveniently in 2012 Pearson “provided support to Department of Education on Digital Promise and Learning Registry.  Provided information on accessibility of digital instructional materials.  Advocated against federal funding of open education resources development.”

Their first objective is to manufacture educational policies and processes which Pearson itself will then provide the services for.

Whether or not these policies and practices offer meaningful or beneficial services to children is a far distant second.

Wait. I’m being way too over-generous in that last statement. I don’t think children’s well being is anywhere on their radar. So it must, it will,  remain on ours. And Pearson will remain on my radar too. Stay tuned for next week’s installation of the Pearson Follies, Part III.

2 thoughts on “Pearson Follies Part II: How did we get here?”

Writing and Activism by P.L. Thomas