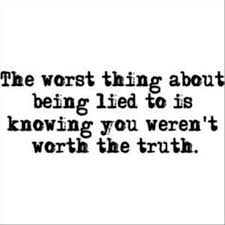 My, my… the charter spin doctors are working overtime. It was CREDO who in 2008 provided a study that is widely cited because it documented that, “Thirty‐seven percent of the charters in this study produce learning gains that are significantly worse than what equivalent.”

I guess they needed to produce a counter-narrative to cover their tracks?

But who does the research for this new CREDO study? Perchance do they have ulterior motives for promoting a pro charter study?

Let’s start with the funders. Walton is a familiar name to us all by now. CREDO receives funding from the Walton Family Foundation.

Ravitch also covers the inside workings of CREDO in this report, as does Crazy Crawfish.

And Who Does CREDO Employ?

Margaret Macke Raymond is the Director or CREDO. She is also a fellow at Hoover Institute. According to her bio there:

Meg Mazzola is the Manager of Federal Projects. Her bio at CREDO states: “Prior to joining CREDO in 2007, Meg served as Deputy Director of School Relations for the Education Assessment and Charter School Accreditation Program with the American Academy for Liberal Education.  Previously, she was Outreach Coordinator with The Center for Education Reform.”

For more about The Center for Education Reform (CER) see my last post but to sum it up again here, CER is an active member of ALEC working diligently to serve their goal of privatizing public education.

According to Substance News, Maribel Gonzalez, the Program Manager for CREDO was “featured on the ‘Parent Revolution’ website on October 9, 2012, at the time Parent Revolution was beginning its road show.”

Universities like Stanford have apparently been bought out by the billionaire charter narrative. In 2013 they promoted another pro-charter report (via press release). That study was funded by the Robertson Foundation who according to one 2010 report: “(I)s also among the largest contributors to Education Reform Now, the aggressive pro-charter school organization, and is one of the main funders of the NYC Charter Center, on whose board Joel Klein sits. The head of the board of the NYC Charter Center is Phoebe Boyer, the Executive Director of the Tiger Foundation and Interim Executive Director of Robertson Foundation.”

Why else stock a “sound research” program that is disguising itself as providing unbiased grounded data with people who have a clear motive to make the charter enterprise out to be things that it is not: effective, sustainable, democratic, ethical, equitable, caring …or public. CREDO’s studies are the equivalent of Phillip Morris’ studies that smoking does not cause cancer. Like the Tobacco Industry, the Charter Industry has to find any means by which to protect it’s own interests.

Crazy Crawfish sums it up this way: “CREDO has violated that informal compact between citizens and universities by producing poorly reasoned, fallaciously propagandized, rubbish.”

6 thoughts on “Who Wrote the New CREDO Study? And What Do They Really Want?”

Writing and Activism by P.L. Thomas